The first Riverview Music Festival brought palpable energy to Des Moines' north side last weekend. The inaugural, limited-capacity Des Moines Music Coalition event brought BIPOC talent from around the country to Riverview Park's amphitheater, many playing their first shows in Iowa, as well as local acts on the xBk stage.

With a lineup of hip-hop, R&B, soul and rap, the festival felt like a refreshing and welcome direction for Iowa's growing music scene.

IPR's Studio One team interviewed Duckwrth, VanJess and Charlotte Blu (listen to hear those conversations on upcoming episodes of Studio One Tracks) and were out with cameras. 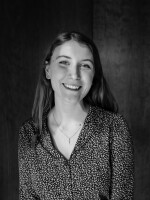