This week marked the first time in about a year that Iowa’s long-term care facilities reported no COVID-19 outbreaks.

On this edition of River to River, host Ben Kieffer speaks with Iowa Public Radio statehouse reporter Katarina Sostaric about a number of controversial bills advancing in the Iowa Statehouse. Also on this epiosde, IPR's Natalie Krebs provides an update on the progress in fighting the pandemic and IPR reporter Kate Payne joins the show to talk about the suspension of Iowa City’s Truth and Reconciliation Commission.

Later on, a conversation with Chris Merrill, the director of the University of Iowa’s International Writing Program, about the plight of a Burmese poet, Maung Yu Py. 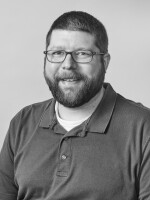