This Year’s Farm Bill Could Deliver A New-Yet-Old Crop To American Agriculture: Hemp

There’s a long-forbidden crop on the verge of legalization, one that’s versatile and could open up new markets for farmers: hemp.

“I believe, honestly, that [hemp] is the only thing that’s really gonna bring agriculture out of the rut that it’s been in for the last 30 years,” hemp farmer Ryan Loflin said.

He lives in Colorado, one of at least 35 states that can grow hemp mainly through research pilot programs. That was a provision championed by U.S. Senate Majority Leader Mitch McConnell in the 2014 farm bill.

This year, the Kentucky Republican is calling for complete federal legalization of hemp in the Senate’s version of the farm bill, which funds safety net programs for farmers and major food assistance programs. Doing so would remove the crop from the list of controlled substances, where currently it’s lumped in alongside drugs like heroin. Unlike its close cousin, marijuana, hemp contains very little THC — and it has lots of industrial applications, from textiles to construction materials and livestock feed.

McConnell has said hemp has the attention of younger farmers in his state, once a leader in hemp production before the plant was made illegal in 1941. Some of that might be because of drought and plunging commodity prices for corn and soybeans, which are in the crosshairs of an impending trade war.

Either way, the enthusiasm isn’t just in Kentucky, though some industry leaders warn farmers to be cautious.

What farmers are waiting for?

Loflin drives his white pickup to a field near Colorado Springs, where he first planted hemp in 2015 — a year before hemp cultivation was legalized in the state. The land is dry and blanketed in blond prairie grass. Earlier this summer, this region was declared a natural disaster zone by the U.S. Department of Agriculture due to “exceptional” drought. 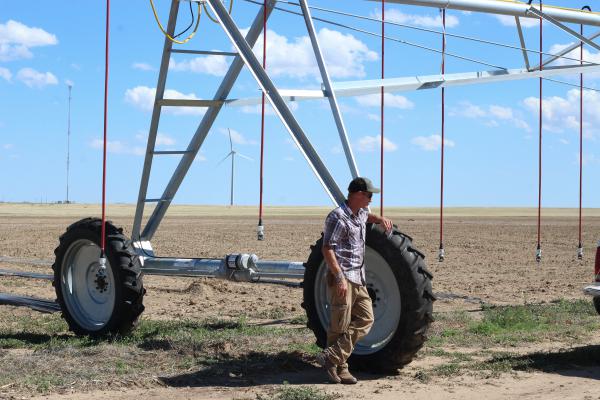 Loflin says his hemp grows just fine, and uses half as much water as his other crops. It isn’t clear whether that’s the case for all hemp growers.

Hemp brought Loflin, a fourth-generation farmer, back to the industry at the age of 40. He felt he couldn’t make a living growing traditional commodity crops, like wheat and corn, so he began a career in construction.

“The profitability is tough for a small-time farmer. Really, if you’re not farming multiple thousands of acres, it’s hard,” he said.

When Colorado voters passed Amendment 64 that legalized marijuana and hemp on state level, Loflin saw opportunity. And it’s been an increasingly lucrative one.

The plant itself is worth very little, but Loflin said hemp flowers can sell far as much as $100 a pound. No other crop is fetching such a price, he said, joking, except “opium maybe.”

This season, Loflin will grow 280 acres of hemp. The flowers will be harvested to make CBD oil, or cannabidiol: a tincture that’s become increasingly popular for its medical properties, though the efficacy has been debated. 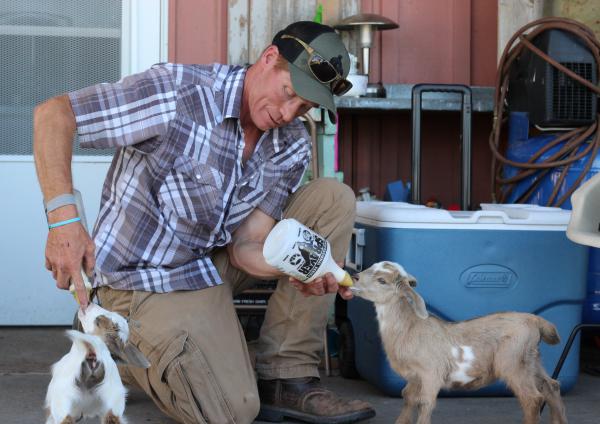 Of course, once hemp is widely grown, the price will likely drop. And not everyone thinks the crops will deliver the break that Loflin, and McConnell, are hoping for — at least not immediately.

Tray Riddle is the CEO with Sunstrand, a company in Kentucky producing fiber from hemp. He said a lack of infrastructure, like specialized machinery, means hemp won’t readily compete with cheaper materials — think cotton and polyesther.

“There’s really nothing that hemp’s doing that’s not already being done by something else, with the exception of CBD,” he said.

One more hurdle before legalization

Of course, before the crop’s full potential can be discovered, the farm bill has to be signed into law.

Last week, the House passed its bill without a single vote from Democrats. House Republicans want stricter work requirements for  recipients of the Supplemental Nutrition Assistance Program (previously known as food stamps) as well as cuts to major conservation programs like the Conservation Stewardship Program.

On Thursday the Senate passed its version, and now the chambers will have to hash out a compromise.

Ferd Hoefner is has watched the passage of the last nine farm bills as the senior strategic advisor for the advocacy group National Sustainable Agriculture Coalition. He thinks the Senate version will hold sway.

“They’ll be a willingness to come to political reality and realize the bill needs to closely follow the Senate outline,” he said.

And while other measures may be scrapped, Hoefner thinks hemp has widespread support.

“The Senate Majority Leader being the major champion for it, I think that will not be a big issue in conference,” he said.

After 77 years of heavy federal restrictions, hemp could soon be like any other commodity crop.

This would allow farmers like Loflin to benefit from federal programs like crop insurance and low-interest loans. For him, federal legalization has arrived right on time.

“I said five years when I first started planting,” he said, “so we’re right pretty close to what I said.”

More Than Just a Weed: The Push for Industrial Hemp in Iowa

Don't call it weed. It's industrial hemp, and it may be making a comeback in Iowa.

The 2014 Farm Bill provided provisions for states to legalize the growth of industrial hemp for research purposes. During the 2018 legislative session, the issue was up for debate at the Iowa Statehouse, and a bill to create a pilot program passed in the Iowa Senate.

The Senate took a crucial step Thursday to making sure that, among other things, the hungry are fed, farmers have crop price protections and land is preserved beyond Sept. 30 — that is, the day the farm bill expires.

The city of Cedar Rapids is still hoping to land a medical marijuana production center. That’s after state regulators passed over Iowa's second-largest city for a dispensary earlier this year.