Gary Smith has worked at the grain elevator at Okaw Farmer’s Co-op in Lovington, Illinois, for 40 years. On his desk sit two computer screens, where he tracks corn and soybean prices online at the Chicago Board of Trade.

As he explained, trade moves fast: “Just bam bam bam, and within a few seconds it could change a nickel or a dime against your favor.”

A slow internet connection could mean a loss of hundreds of dollars for a farmer trying to sell his crop. Smith said their internet connection used to be so slow, they’d often just pick up the phone to report the grades and weights of grain they were buying.

Listen
Listening...
/
Illinois Newsroom's Mary Hansen talked with businesses in a rural Illinois community about what it means to have high-speed internet.

“Well, you know how a telephone conversation can go,” he said while watching the prices change on the screen. “Well that was just a half-cent now we would have lost on soybeans just by this little conversation right here.”

That changed when they got high-speed internet over fiber optic cables a year ago.

“Speed is what we’re after, and fiber optic is a lot better,” he said.

But fiber or many other high-speed internet options are expensive to bring to rural towns like Lovington, with a population of about 1,100.

“There’s millions of people in this country who literally have no broadband access because that infrastructure is just not being built in these communities,” said Shirley Bloomfield, head of The Rural Broadband Association.

Bloomfield, who works with small internet providers, said one challenge is large telecommunications companies don’t have the incentive to build out the infrastructure — like laying the fiber cables — to serve small towns. It won’t get them the return on investment that building up in larger cities will. 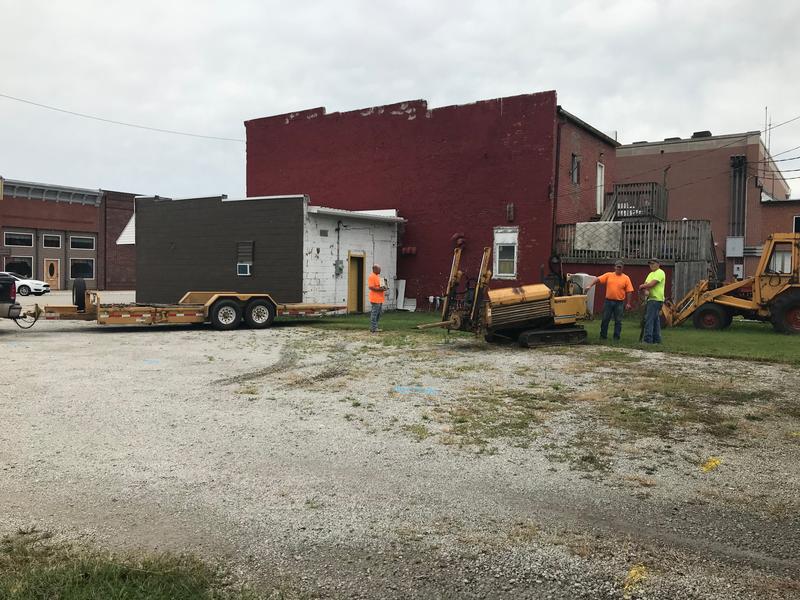 That’s why billions of federal dollars have been spent in recent decades on connecting the most outlying communities, including nearly $7 billion in the 2009 stimulus package. Bloomfield said it still hasn’t been enough, but there’s a renewed interest in tackling the problem.

“I think kind of as a result of … the election and people kind of really taking a deeper look at rural America and what it’s going to take to pull that economy along as well,” she said. “Obviously all roads seemed to lead to broadband.”

More federal money to build and connect antennas for fixed wireless or bury fiber optic cables could be on the way in the most recent farm bill in Congress. The Federal Communications Commission also just awarded nearly $1.5 billion to build broadband networks in underserved areas, including nearly $100 million for Illinois.

In Lovington, crews are expanding the broadband network by digging three feet underground to connect a new insurance business on the town’s main street to a fiber hub.

Shawnee Communications used federal grants and loans to bring fiber internet to its 500 customers there. The project started in 2016 and finished its first phase in 2017.

Matt Johnson, a vice president with Shawnee, said even in rural areas that do have internet access, speeds often can’t keep up with the way people use the internet today.

“It’s not just checking your email anymore. It’s not just viewing a static website. It’s ‘I want to get on my device right now and I want to watch the NFL game,’” he said. And that requires much more bandwidth than has been available in most rural areas.

Johnson sees bringing high-speed internet, at speeds of at least 25 mega-bits per second, as an economic development tool. He hopes faster internet will bring more people to live and work in small towns

“There’s still a case to be made for quality of life in rural Illinois that these places can, should be able to continue to survive and to grow,” Johnson said. “But we recognize that it’s going to be much more difficult if they don’t have a high speed connection in these areas.”

At the Okaw Farmer’s Co-op grain elevator, Smith watches a truck pull up to the scale. His co-worker enters the stats into the computer to be sent to their main office. The process is faster, and smoother, since they got their high-speed internet a year ago. 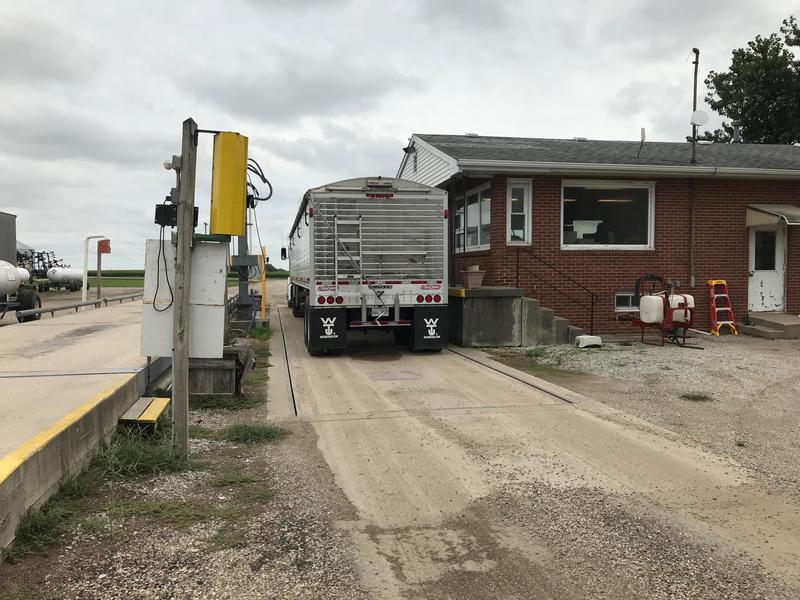 “It can save us a lot of money and our farmers. And that’s what we’re after right here,” Smith said.

Smith is on the Moultrie County board. He and Johnson said the benefits reach far beyond this one business: Closing the rural internet divide helps schools, doctors, emergency dispatchers and other small businesses.

Mary Hansen is a reporter for the Illinois Newsroom regional journalism collaboration and is based at NPR Illinois in Springfield. Follow her on Twitter: @maryfhansen

On the campaign trail, President Donald Trump promised to revitalize rural America, specifically through increased investment in infrastructure. And his ag secretary, Sonny Perdue, wants to modernize the U.S. Department of Agriculture.

One rural bank representative said there’s a key piece to doing that: Fixing an outdated and burdensome loan application process to make it easier to access capital.

Thirty-eight calves, between two and four months old, moo and kick at the dirt floor in a steel barn in Brush, Colorado. One by one, a handler leads them from the pen to a narrow chute, where their legs are restrained and they’re lifted onto a hydraulic table.

How Some Small Towns Are Achieving 'Brain Gain'

When communities watch young people grow up, go off and never return, remaining residents and politicians often bemoan there’s been a “brain drain” — especially when such population loss means schools and businesses close.

But plenty of residents are full of love and pride for those communities, and some are working to identify their towns’ best attributes so they can attract new residents and achieve “brain gain.” This effort is happening across New England and in the Mountain West, and is also evident in two Iowa towns.