Classical music can feel daunting to dig into if you’ve not had a lot of exposure to the genre. There are lots of terms, styles, composers, and performers, and if you are unfamiliar, it can feel tough to break in. Since schools adjourned due to the pandemic, we’ve been working to create resources for learners of all ages. This summer, we’re going to dig into classical music for the non-classical listener.

There are many composers who have written amazing music, and this is by no means a definitive list. But if you’re just wondering where to start, these incredible writers serve as a great jumping off point and each have enough repertoire to keep you busy for a while.

Bach is a German composer who started out playing and composing for organ and eventually expanding into orchestral and vocal works. He was a deeply religious man, and many of his most famous pieces were written to be played during church. He still wrote a lot of great secular pieces; his cello suites being a prime example. Sadly, Bach was not very well known during his lifetime and never left Germany. It wasn’t until the Bach Revival in the 19th century that his music got rediscovered, and he became one of the most well-known composers.

Mozart was a child prodigy who started traveling and performing with his sister for the kings and queens of Europe at a very young age and became close with the father of the symphony Joseph Haydn. Mozart was one of the most prolific composers, writing over six hundred pieces. He died at the young age of 36 while writing the “Requiem in D Minor.”

A student of Haydn, Beethoven took Haydn’s foundations in symphonic form and expanded upon it until it became the large scale symphony we know today. He was a great admirer of Mozart, but the two never actually met. Beethoven suffered from deafness in the later portion of his career, so much so that when he conducted his "Ninth Symphony," he hadn’t known it ended until one of the soloists pointed it out.

Tchaikovsky was the first Russian composer to gain international fame. His most famous piece is the ballet “The Nutcracker,” which he wrote for his children but didn’t particularly enjoy. He is well known for the amount of sheer emotion in his pieces, possibly stemming from his life dealing with depression and phobias. For example, he would sometimes hold onto his beard with one hand while conducting because he was worried his head would fall off.

Dvorak is a Czech composer who eventually made his way to the United States becoming the director of the National Conservatory of Music. He even moved to Spillville for a time where he composed some of his most famous works. While in the United States, he often worked Native American songs and African American hymns and folk songs into his music. 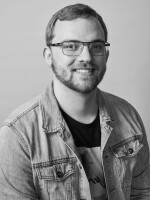