Urban Agriculture Has Benefits, But Can Be Oversold

Urban farms and gardens are popping up in cities all over the country, often touted as the key to a sustainable lifestyle, as creating healthy vibrant communities and promoting economic development. A new study by the John Hopkins Center for a Livable Future, however, says urban agriculture advocates need to be careful about overselling the benefits.

"Some of the biggest benefits are from the socio-cultural side," says Raychel Santo, a co-author of the study. "How do you quantify improved community, diversity, and cooperation and intergenerational knowledge exchange?"

The unquantifiable social aspects, Santo found, are some of urban agriculture's greatest assets, in addition to promoting healthy living and ecological diversity. But it's some of the quantifiable promises - like the economic kind – where research falls short.

"There is very little evidence of a significant number of jobs, let alone livable wage jobs, being created by urban agriculture," Santo says.

Studying urban agriculture is a difficult proposition, because the term is used to cover so much ground: a small front yard garden plot or a mid-sized community garden, to a large inner-city farm selling produce as a profit-making business.

Sometimes touted as a solution to a shortage of healthy food, Santo says there would have to be a real shift in what people expect to be able eat year-round if urban agriculture were to become a primary food source at scale, and it would also take addressing some important disparities in access.

"A lot of the community gardens and urban farms aren’t necessarily feeding the communities in which they are located," she says.

Each unique urban agriculture project was created in response to its own unique situation. In one neighborhood, a community garden could be meant to get neighbors out of their houses and working together. In another, a small garden plot could provide fresh food to a local school.

"A lot of times people like to pair the benefits of urban agriculture or lump them all together," Santo says. "But they might vary based on the type and the main aim of the organization."

Urban agriculture is not a one-size fits all solution, says Katherine Kelly, who runs Cultivate Kansas City, a non-profit group that advocates for local food producers.

After decades of growth, Kelly says, there are many ways to run a small farming project in the city and groups like Cultivate Kansas City must think critically about their aims.

Kelly says she wants to help people think more about where their food comes from, whether it's from a big farm out in the country or from closer to their front yard.

"When people drive by, walk by, see every day a community garden, a home garden, an urban farm, a food project, a farmers market...it normalizes local food, it normalizes how food is grown," she says.

Re-establishing a connection to how food is grown can be difficult in a city where food most often "comes from" a grocery store. The full impact of that connection, though, is still to be determined. 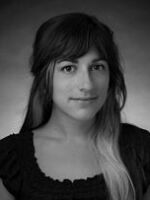 Suzanne Hogan
Suzanne Hogan graduated from the College of Santa Fe in New Mexico, with a degrees in Political Science and Documentary Studies. Her interests include Latin American politics, immigration and storytelling in a variety of mediums including photography, film/video and writing.
See stories by Suzanne Hogan
Latest Stories
Related Content