Catch Frist If You Can

Weekend Edition humorist Andy Borowitz is intrigued by some parallels between Leonardo DiCaprio's character in the film Catch Me If You Can and new Senate Majority Leader Bill Frist. 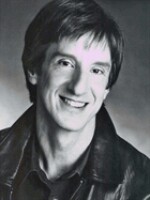 Andy Borowitz
Andy Borowitz is a commentator for NPR’s Weekend Edition Sunday, as well as a writer, actor, and comedian whose work regularly appears in The New Yorker, The New York Times, and Newsweek.com. He is the first winner of The National Press Club’s humor award and has won five Dot-Comedy Awards for his Web site, borowitzreport.com.