Iraq insists it has no weapons of mass destruction. The Bush administration says otherwise. Now the issue of war and peace could hinge on Iraq's declaration of its weapons program to the United Nations. Join guest host Frank Stasio for reaction to Iraq's declaration. 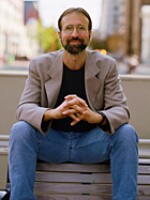 Frank Stasio
Frank Stasio can be heard on NPR as a freelance reporter and substitute host for NPR programs including Talk of the Nation. Before shifting into a freelance role, Stasio served as an NPR newscaster from 1986-1990, writing and delivering six newscasts every day during NPR’s award-winning All Things Considered. Prior to that, as an NPR producer of special news events coverage, Stasio coordinated NPR's live coverage of the Democratic and Republican National Conventions in 1984 and served as line producer and director for five live programs from each convention site. Stasio also produced NPR's live coverage of the Democratic primary debates in New York, Atlanta, Pittsburgh, and Dallas. He joined NPR as an associate producer.